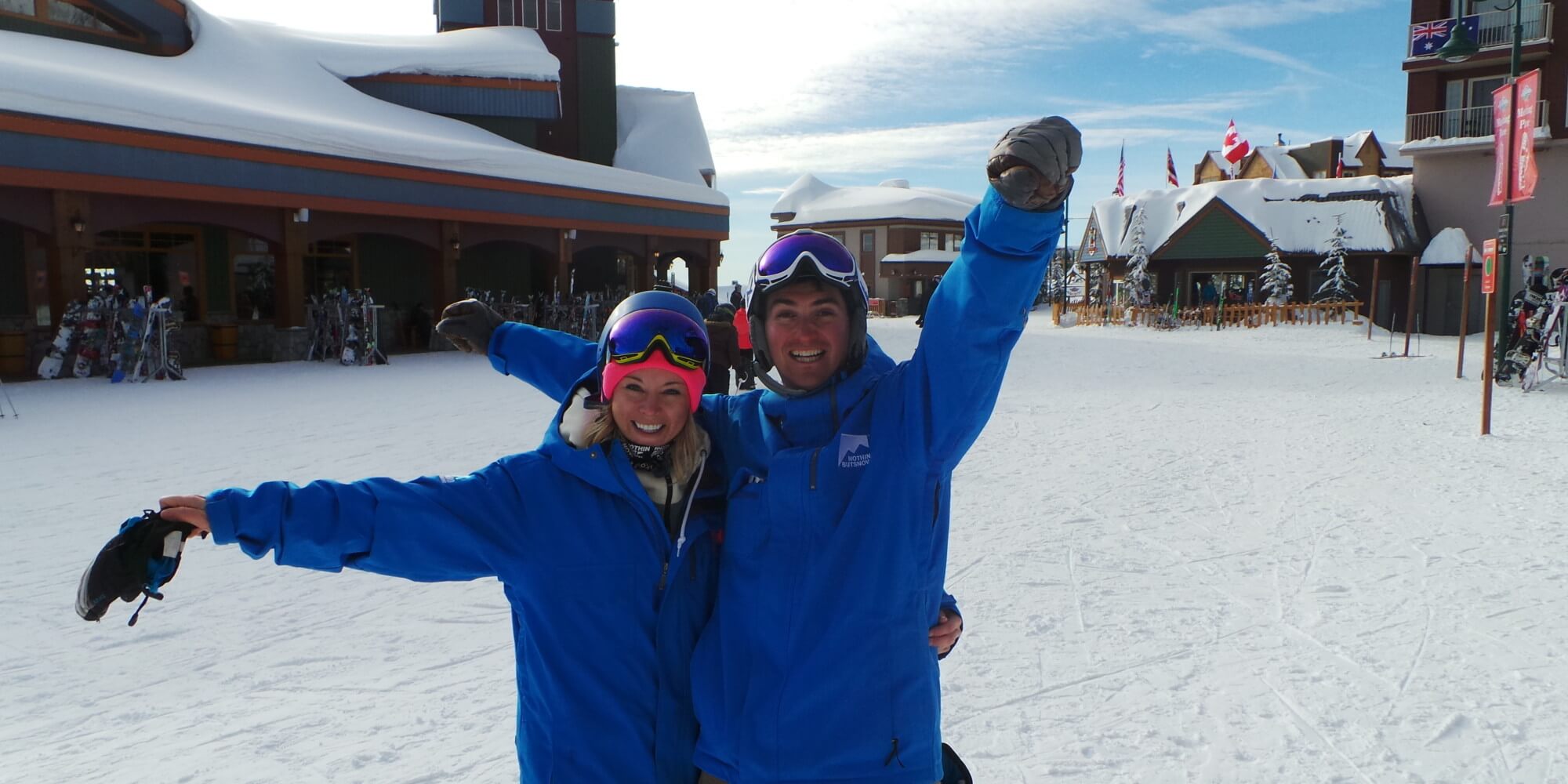 And here we go, it’s that time of year again , the NBS troops are about to embark on adventures of a lifetime never to be forgotten!

The 5am alarm was music to our ears last week as we knew it was the start to another fantastic season and Big White Ski Resort, BC Canada!

As NothinButSnow’s popularity and reputation has only grown from year to year we were under no illusion that this season was yet again going to be EPIC!!!

Eager to meet our new recruits we hustled our bags into the taxi and off we went to Gatwick airport with smiles beaming and butterflies in our tummies!! We were met at the airport by NBS Sam and shorty after one by one the nervous newbies made it to the check in desk! …. Well almost everyone anyway! After a little scare due to a snooze button being pressed one too many times, we were all safely through security and now sat chatting and all making the first steps to making lifelong friends!

After the flights and transfer we were all safely arrived at Big White Ski Reort! As it was nighttime when we got to Big White, none of the new crew had any idea of the stunning views that surrounded them! We were split off into our luxury new cribs and most of us went straight to bed looking forward to the following day! We were all up early and keen to get out on the hill. We gathered the groups and took them around the village for an orientation and meet and greet session with their soon to be instructors. Having been shown the all important land marks , such as Sam’s pub and the way to the ski chairs, we got everybody equipped with their lift passes and went for a slide!

After a quiet night in adjusting to the time difference the next morning our students were away to their first lessons! Again , like every year we watched like proud parents , sending their children off for their first day at school! At 3:30 we waited for them all to return with stories and grins from ear to ear! We weren’t disappointed and everyone absolutely loved their first day and we could see some of them slowly falling in love with the resort and hill just like we did in our first year!

Another day of lessons on Friday and jet lag fading we were now ready for the first group meal! We had this in the Blarney Stone Irish pub and restaurant and it was a complete success! With full bellies and a few beers in we could see our team all bonding towards the family unit we like to create. They were now ready for their first Friday night in Sam’s … Our favourite apres ski bar. It was a big night and lots of fun, resulting in a few hangovers and a slow start to Saturday. However this didn’t stop most getting out and ripping up and down the slopes!

Saturday was more of a hot tub session evening as we watched the weekly firework display right in front of our apartments! Sunday we Cruized the Blues! Which is a great event Big white hosts once a month. This is basically a treasure hunt around all the blue ski runs, and a prize giving afterwards! This was a great end to the first week and it’s only going to get better from here on in!